The Wind Should Be At Our Backs For At least A Week. Jobs Report Should Be Market Friendly

Yesterday, the market opened on a positive note. The massive intraday reversal from Tuesday spilled over and a decent round of economic releases added to the buying pressure.

ADP employment exceeded estimates and ISM services fell a little shy. Recently, durable goods, GDP, initial claims, Chicago PMI and ISM manufacturing have come in better than expected. This morning, initial claims will be released and I believe they will be market friendly (400K).

Worst case scenarios are priced into the market and as I have been saying, any surprise will be to the upside. A good initial claims number today will spark short covering ahead of the Unemployment Report tomorrow. Analysts are expecting non-farm payrolls to grow by 60K and anything north of that will be very positive.

Traders are speculating that the ECB will lower interest rates when they make their statement this morning. I doubt they will, but even the hint of a future rate cut will be bullish.

Earnings season kicks off next week and stocks have rallied into announcements the last 8 quarters. Profits been the one bright spot in the last 3 months and shorts will run for cover.

I had hoped for a better rally in Asia after our rally and that is a little concerning. China’s PMI was decent (51.2) and their economy is not falling off a cliff. Stocks in Asia are strong this morning and the Hang Seng was up 5%.

The situation in Europe is dire, but it won’t spoil this rally. The troika (IMF/EU/ECB) is back in Athens and an official said that they are trying to nail down how reform will be implemented. When pressed for an answer, he said that progress is slow, but it is moving in the right direction. Greece will get its money.

EU members are voting to expand the EFSF and that is positive. Right now, we just need a dose of good news. On a longer term basis, the EU is moving at a snail’s pace. They are putting out small fires when they need to find long term solutions.

Asset Managers are buying stocks and they are shifting out of fixed income. This rotation will continue for at least a couple of weeks and the market will push higher.

Look for positive jobs numbers and a rally the rest of the week.

You should have bought calls on the intraday reversal two days ago. Let your profits run. The wind will be at your back for at least another week, probably two.
.
. 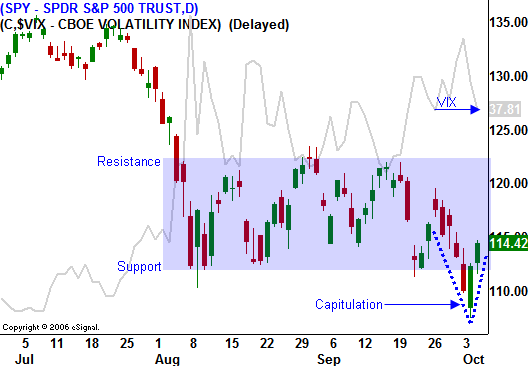