The Price Action Will Be Choppy. Look For A Relief Rally Once Greece Secures the Next Payment

The overnight news is pretty light and the market is flat on the opening bell. Yesterday, stocks staged an impressive rally late in the day and that should attract bargain hunters. There are a number of key events tied to Europe this week.

Italy held a €6.5 billion auction and the results were fairly dismal. The yield on five year debt rose to 5.6% versus 4.93% in July. Furthermore, the bid to cover was only 1.28.

Italy is courting China and it hopes to attract capital. China has been noncommittal in buying Italy’s debt. As deficits grow, Italy is considering asset sales. It has backed away from some of the proposed austerity measures and that is reducing its credibility. Moody’s has been evaluating Italy’s debt for three months and analysts are expecting a decision in the next week or two. A downgrade would make it more expensive to attract capital.

Tomorrow, the IMF/ECB/EU will meet in Athens to discuss budget targets. Greece won’t hit any of them and future bailout payments are in jeopardy. It will run out of money by the end of the month and it desperately needs this tranche. I believe they will get it after strict warnings are issued. European officials need to buy time so that they can fortify their own banks. It is fairly obvious that Greece will eventually default. The problems are beyond repair and the dissension in stronger nations is growing with each bailout check that is cut.

Thursday, Spain will hold a bond auction. Interest rates have been rising and weak demand would spark fear. The ECB has been buying bonds and without their support, the results would be much worse.

The Wall Street Journal reported that an unnamed BNP executive said that it can no longer borrow dollars. Banks are reducing their exposure to French banks. American money funds did not refinance $50 billion worth of short-term debt issued by European banks. Credit spreads are on the rise and that is a warning sign.

Domestically, President Obama has submitted his “jobs plan”. It will hit major resistance in Congress. New provisions have been added to increase income taxes for individuals making more than $200,000 (250,000 joint).

Retail sales and PPI will be released tomorrow and I am not expecting much of a reaction. Initial claims, PPI, industrial production and Empire Manufacturing will be released Thursday. They will have a negative impact on the market, but not enough to offset the Greek relief rally (if it secures the next bailout payment).

The price action will be choppy the next few weeks, but I believe support will hold. I still favor selling out of the money put credit spreads on strong stocks. Once the decision on Greece hits the market I will start selling spreads. I am selling a few today just to get some points on the board, but my exposure is very limited.

If by chance Greece does not secure financing, look out below. I see this as very unlikely, but it would be devastating. Option premiums are high and you will need to sell call spreads and use the proceeds to buy put spreads. 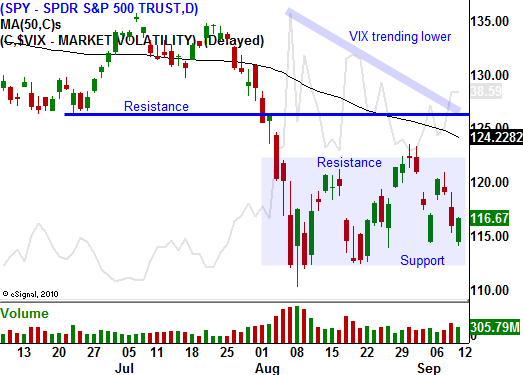